A Handful of Love and Hope 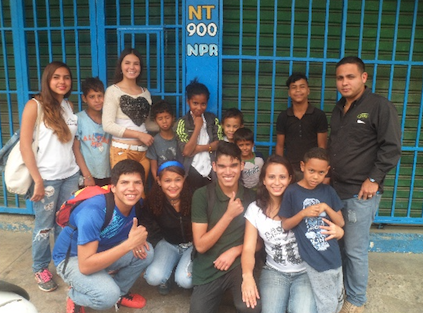 (CNSAM Venezuela) On Sunday, March 11, 2018, the church congregation and neighbors carried out a compassionate act they called, “A Handful of Love and Hope” which was also accompanied by a time of evangelism.
On December 10, 2017 the “Jesus the Hope” Church of the Nazarene in Carrizal, Edo Miranda, Venezuela, took the initiative to announce among the congregation that they would be collecting handfuls of corn flour with a goal of giving out once a month “bollitos” (a cooked corn dough with chopped vegetables) and juice to children, teenagers and seniors who find themselves homeless, in the city of Los Teques and Carrizal.
Given the current food crisis that this Carribbean nation is going through, the Nazarene Churches never forget to freely give what they have been freely given. Throughout the month the congregation collects the handfuls of corn flour and other ingredients to be able to make these foods. Others gave special offerings so that they could reach their goal. At the end of the month the “bollitos” were prepared to then be distributed to those in need. The NYI from Carrizal has taken on the task of going through the streets, city markets, dumps, parks, avenues, and backstreets of the city to be able to carry out this act of compassion. They are motivated by love and obedience to our Lord to love and share with their neighbors.
This March they were able to prepare 100 “bollitos” and using the EvangeCube, the Carrizal NYI presented the Plan of Salvation to 39 children, 12 teenagers, 8 young adults and had a total of 59 people who gave their life to the Lord. Because of these new converts, they were asked to open 3 cell groups in Los Teques, Edo Miranda.
May God abundantly bless all of the people who are offering up prayer support, a handful of corn flour and all the other resources to make this act of compassion possible.
“Therefore, as God’s chosen people, holy and dearly loved, clothe yourselves with compassion, kindness, humility, gentleness and patience.” Colossians 3:12 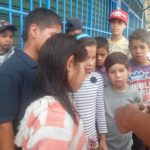 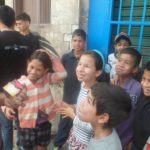 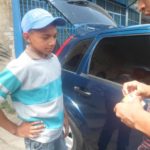 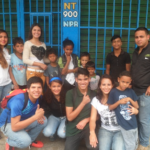 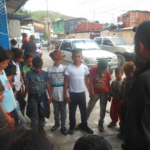