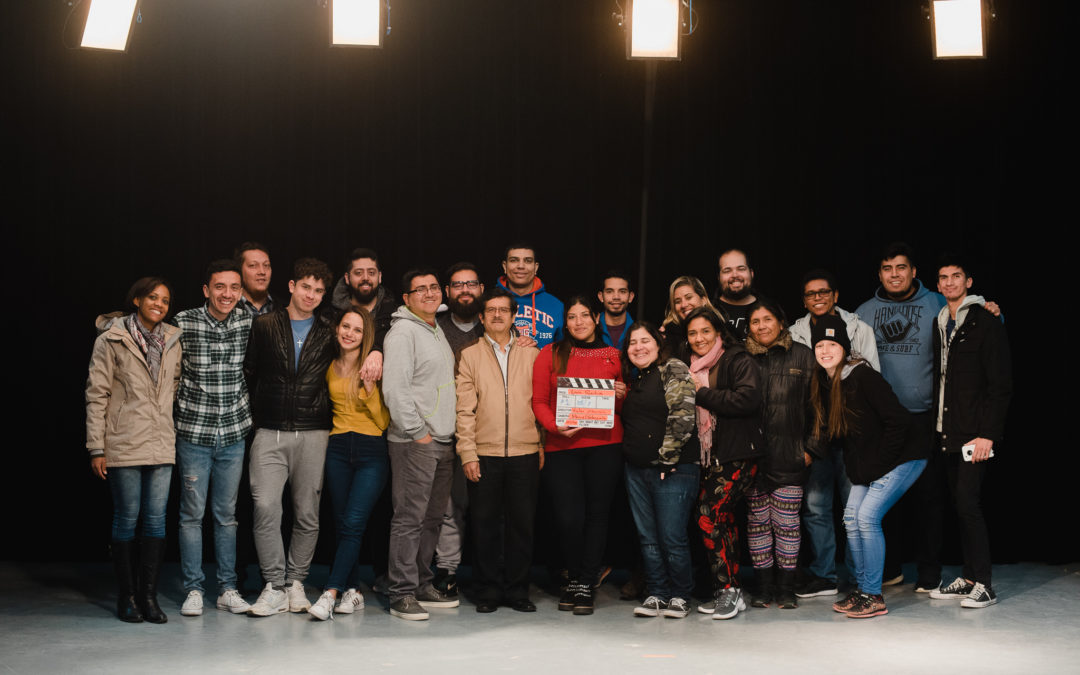 (NCSA Argentina) In order to offer training in the production of short films, documentaries (testimonies) and films, the Communications Ministry together with the Brazilian Christian producer 4U Films offered an intensive training program in Pilar, Argentina, August 16-20.
Participants representing 9 different countries were trained in workshops such as: Production, Screenplay, Photography Direction, Cinema Direction, Audio, History of Cinema, among others. As a final project, the participants pre-produced and filmed a short film that will ultimately be edited by 4U Films and then distributed on the internet.
Cinema is a very important tool these days and the influence it has in any society is something that we cannot deny. The church can use this tool to reach people with a different, creative message, but in a language that people are accustomed to understanding.
Each of the training assistants not only had a high level of training, but they were also challenged to use this tool in the country where they are.
Source: Argentina Nazarene Communications
Translation: Scott Brubaker