CRYING OUT FOR 2 LIVES 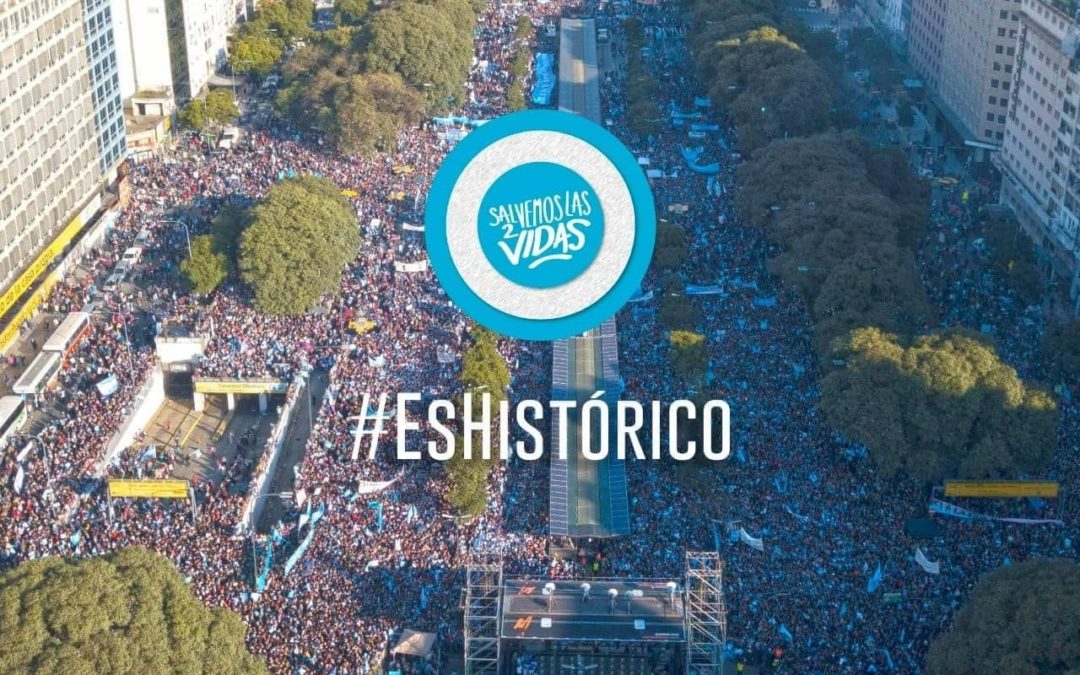 (NCSA Argentina) The Central District of Argentina joined some 500,000 evangelicals who gathered at the obelisk on August 4 to protest against the decriminalization and legalization of abortion with the slogan “Save the 2 Lives.”
The District prepared an inflatable banner to unify the concentration of the Nazarenes, in the activity organized by the Christian Alliance of Evangelical Churches of the Argentine Republic (CAECAR).
Unity was evident as they prayed for the nation, the senators, the families, the unborn children, the vulnerable women, and the Christian church in Argentina. It was a time when prostrated and humbled before God, those present declared that He is the giver of life, that all are in His hands.
After 4 hours, without rioting and without damage, all the participants left. Each one carried a bag to collect the garbage. The streets were clean, the city and public places duly respected.
Although we do not know how the vote in the Senate will be on August 8, what is real is that the church raised its prophetic voice, united and humbling itself to cry out for mercy and life.
Source: Robin Radziszewski
Translation: Scott Brubaker