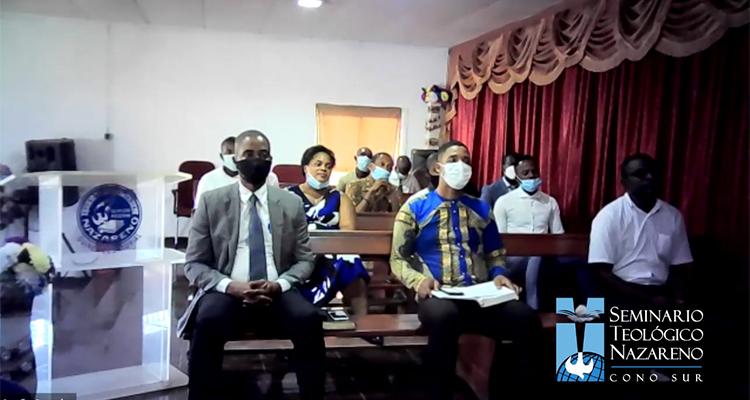 (NCSA) Nazarene Theological Seminary–Southern Cone recently celebrated the beginnings of a borderless education agreement with the Church of the Nazarene in Equatorial Guinea on the Africa Region.

“In the midst of these unprecedented times in our world, we are united as the Body of Christ for the purpose of honoring God,” said Jorge Julca, rector of NTS–Southern Cone. “For us, this is a historic opportunity and a reason for celebration and joy.”

Through the partnership, pastors and students from Equatorial Guinea can enter the Bachelor of Theology program, which includes a track toward ordination. All of these courses will be administered in online classrooms and video conferences.

Julca noted that the partnership is significant for both Argentina, where NTS–Southern Cone is located, and Equatorial Guinea.

“It is historic because it is the first time that as an institution of theological education, we have made an interregional agreement to serve a country that is missionally in our hearts,” Julca said. “But it is also a reason for joy because we are very challenged to accompany our fellow pastors of Equatorial Guinea with an excellent preparation for the service of the Lord.”

The Church of the Nazarene’s presence in Equatorial Guinea was established in 2002 by Argentine nationals Mario and Irma Martinez. The couple answered the call to begin developing the church in the only Spanish-speaking country on the Africa Region and the last Spanish-speaking country without a Nazarene presence. They started the church and a few elementary schools. Eventually, Daniel Ncuna from Equatorial Guinea, who attended NTS–Southern Cone, was appointed to be the first district superintendent for the country.

“The Church of the Nazarene in Equatorial Guinea will greatly benefit from the agreement signed with NTS–Southern Cone,” Martinez said. “It will provide pastors with theological education and tools to be efficient ministers. It also helps the Nazarene church become the second denomination in the country that has an accredited academic institution that trains its ministers at a high theological level.”

Prior to his missions work in Equatorial Guinea, Mario was a district superintendent in Buenos Aires. In the 1990s, he was the vice-chancellor of academics at NTC–Southern Cone. Recently, he was appointed strategy coordinator for the Africa Central Field.

The new educational agreement began through a meeting between Julca, Ncuna, Africa Regional Education Coordinator Gabriel Benjiman, and others at the 2017 General Assembly. Both regional directors, Christian Sarmiento for South America and then Fili Chambo for the Africa Region, were supportive of the early conversations.

“The 2017 General Assembly Africa/SAM Region conversation was loaded and filled with hope, and the Holy Spirit stirred in our hearts,” Benjiman said. “Education that stirs in the hearts enlightens the mind and translates into the hands and feet. Now that is thoroughly Wesleyan, and that is what the Church of the Nazarene is all about.” 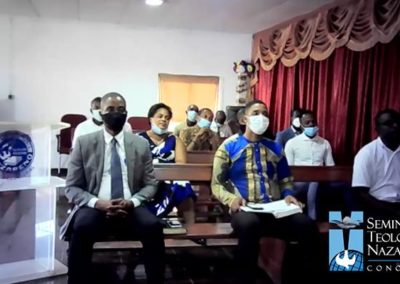