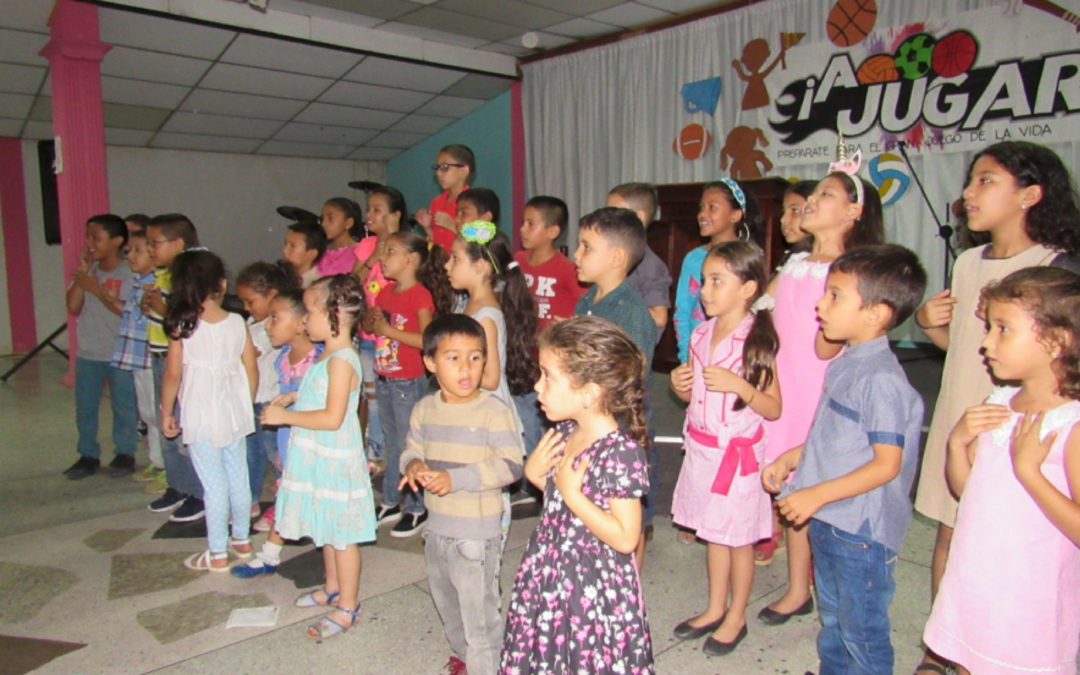 (NCSA Venezuela) During the months of August and September 60 Vacation Bible Schools are hoped to be held, which will represent 75% of the organized churches in Venezuela. All of this has been planned, in spite of being in the midst of a deep national economic crisis which has affected attendance in public schools for children and teenagers. The Church in Venezuela isn’t exempt from being affected by the crisis, either. It is estimated that about 20% of the members of the Church of the Nazarene have emigrated from their country in search of better opportunities.
Even so, the work of Sunday School and Discipleship Ministries International (SDMI) has not stopped and the Regional, National and District Coordinators have searched for ways to motivate and support these Vacation Bible Schools (VBSs). The church in Calabozo has already held two VBSs during August. The first one was in their church plant in Ciudad de Dios which was held from July 30th through August 3rd and had 200 children participate. The following week they held a VBS in Calabozo with 179 children and teenagers. In the eastern part of the country the Renacer Church in Punta de Mata, a petroleum producing city in Venezuela, which has been badly hit by the drop in petroleum production, but has the largest church in the eastern part of the country, held their VBS with 70 children and teenagers participating. In the Llanos District, which has the largest number of Churches of the Nazarene in Venezuela, the Cambios and Los Pozones Churches held their VBSs with 70 and 84 children, respectively. Most of the churches will hold their VBSs after the National Youth Camp, which is the last week of August. All of this to say that this success story is only just beginning.
We thank the Lord for so many workers who have made their time, energy and resources available to plant the seed of God’s Word in the generations to come. We are counting on your support in prayer that our God would revive His Work in the midst of times like these.
Source: Leda DeGouveia
Translation: Jessica Rojas