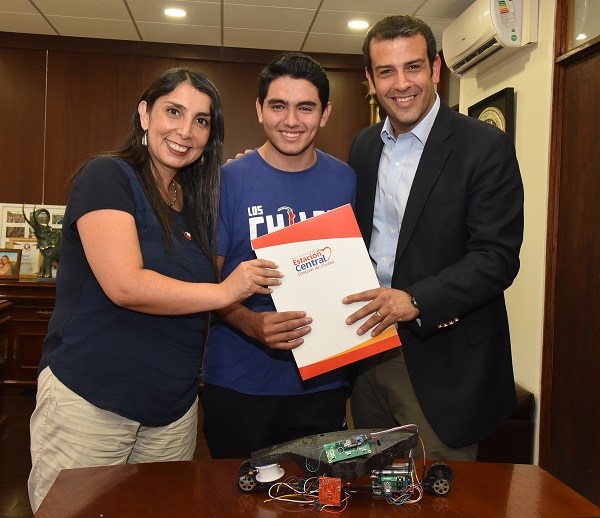 (CNSAM Chile) Between March 21 and 24, 2018, Camilo Aravena, a member of the “Estación Central” (Central Station) Church of the Nazarene in Chile, will be representing his country in the international championship, First Robotics Competition. The event will take place in the city of Orange County, California, United States where Camilo will be facing 800 teams from around the world. Before starting his trip, Camilo was welcomed by local authorities, who expressed the importance of these initiatives for young Chilean students.

Camilo Aravena Muñoz arrived at the Church of the Nazarene at the age of two accompanying Marjorie, his eldest sister, and soon became an enthusiastic participant of the children’s Sunday School class, demonstrating his talents and extroverted personality. In his pre-adolescence he was discipled by Jaime, the youth pastor, who years later called him to his work and leadership team. Today Camilo stands out for being a young man passionate about serving in the technical area of the “Estación Central” Church, in Lighthouse Church and also supporting NYI Chile, making use of the creativity which comes from God and always seeking excellence. 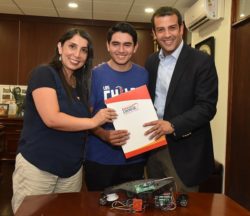